A beautiful, personal collection of songs from The Dangerous Summer, dissected.

The Dangerous Summer’s new album ‘Coming Home’ is out now via Rude Records.

A culmination of the last 15 years of the band’s journey, all of the highs and lows included, ‘Coming Home’ finds TDS at their most fulfilled, vibrant and gorgeously affecting. From tear-stained sentiment to shirt-tugging intensity, it is some of the finest songs of their career, and also the beginning of an exciting new chapter.

KNOWING THAT IT WAS THE RIGHT TIME TO WORK ON SOMETHING BIGGER
AJ: “We started planning for the next project, which ended up being this album, around the time we released the EP ‘All That is Left Of The Blue Sky’. And even that EP was initially supposed to be a full-length record, but we made it during COVID times when the whole world was just falling apart. So it ended up being six songs that symbolised us trying our best and trying to get through everything that was going on. I feel like we found a lot of strength coming into this period, just as we also saw that the years were slipping by around us. We wanted to be able to have a release every year, but it’s sometimes hard to find that time. But when we found out that the UK tour back in January wasn’t going to happen, that sparked us into life, to get back in the studio and to focus in on making the record happen.”

Matt: “There was a lot of uncertainty, despite the fun, around the EP, because we were trying new ways of writing and recording. We were floating through the ether a lot. So it felt nice to finally be in a position where we could revisit old ideas that maybe fell by the wayside along the way in an environment such as the making of a proper album. Once we were in the studio, it took two or three songs to get comfortable with everybody, but after that, it almost felt like a new band. It was invigorating because it was the first time we had played a four-piece in years with the inclusion of Josh and Christian. Being able to all be together at the same time in the same place, felt right. Then halfway through the creation, we could add in some stuff that felt a bit out there for us, as well as apply the lessons we learned from the EP. It all came full circle.”

HARNESSING THE JOY THAT COMES FROM BEING ABLE TO CREATE TOGETHER
Matt: “We’re having more fun now making music than I think we ever have. And that makes you feel like a kid again, but you have more tools than ever before. Obviously, we are still recording in the same way, but the tool to write are so much more vast. So that’s super exciting.”

AJ: “With the four years that we took off, in coming back, you start to realise what was truly missing. You come back and see so many bands at the end of their cycle and ready to throw in the towel, and we are just getting ready to kickstart another cycle for ourselves. We’re full of joy to create again, and it’s all because we took that time to go home and leave the band be because you know that you will be back. This band is our Shawshank, you can try to leave, but you can’t. This is the thing that can eat you alive, and you can grow to hate it. We have certainly had times like that. But that’s life. There isn’t an easy way to the top in anything that you do. So it’s a case of being appreciative of what you have and knowing what it is capable of. We’ve got a very good opportunity to appreciate that now.”

ALLOWING PAIN TO GUIDE YOUR CREATIVITY
AJ: “I always say that to make a good song, you have to hurt yourself a little bit. And there are a lot of moments on this album where I feel that I had to hurt myself to get the message across. I throw myself under the bus a lot. The truth and the honesty and how I feel and coming to terms with that. In my little room, whilst I was writing, when it started to feel a bit painful was when I knew that I was on the right track. Making an album is therapy. You’re walking through your feelings and facing off against them. People feel that any type of writer knows what they are doing in the grand scheme. But the truth is nobody does. Everyone is trying their best to make it and find the words to describe what they are going through. So that’s why we had no idea what this album would become, but the result is there to see now. There’s a lot of collateral damage along the way of making a record, but that is also where the most profound pieces are found as well. We’re not trying to make good songs. We’re trying to make honest songs. Because a good song comes from being honest. It’s about telling your story and telling it as accurately and honestly as you can. The people that love and appreciate you and your music will see that and understand that.”

UNDERSTANDING THE WEIGHT OF WHAT WE ARE WRITING AND USING IT TO OUR ADVANTAGE
Matt: “I feel like ‘Goodbye’ is a song that hits hard, and it’s a song that we had to listen to so many times because of all of the bits and pieces we were tweaking and adding. So we were listening to these insanely sad lyrics again and again, and it would weigh on you. It was fun to work on but also so heavy because of what it represented. And ‘Someday’ is another one that hit home because any band dude knows how hard it is to leave your better half in pursuit of this dream for eight to ten months a year.”

AJ: “I feel like ‘Coming Home’ really became the big central theme of the record, and the anthem too. It’s a song that made all of the others make so much sense. After COVID, you realise just how easily these things can be taken away from you. So whilst we are still alive, we are going to be pushing as much as we can to do the best we can. We don’t know what’s going to happen. But being able to create music like this from.”

THE DEPTH AND IMPORTANCE OF THE BROTHERHOOD WITHIN THE BAND
AJ: “You have to have a good relationship with everybody you are in the studio with, because you are letting out so much of yourself. Matt will play guitar based on what feels right from everybody else in the room, and being close enough and confident in each other allows him to go as far as he wants. There’s no judgment when you’re in that room, and we are all best friends as well at the end of the day. That’s another reason why we want to keep on going because we have so much fun doing it together. Why would we slow down? This could go forever. Through all the bad and good, the story continues.”

Matt: “This does feel like a brotherhood right now. We’re at the point where it feels like we can see what each other is about to do next musically, which is such a special thing. And stuff happens outside of the band whilst you’re trying to make things. My uncle died, my brother was in rehab, all this other shit. So it’s awesome to have the other dudes to lean on and have music to express yourself when you feel like shit. It’s an outlet that cleanses you.” 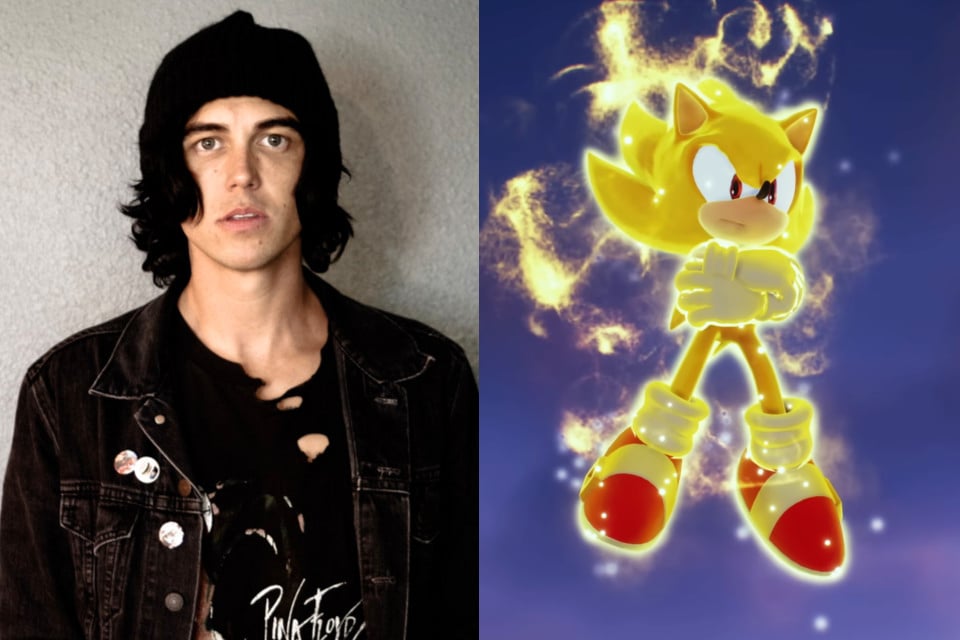 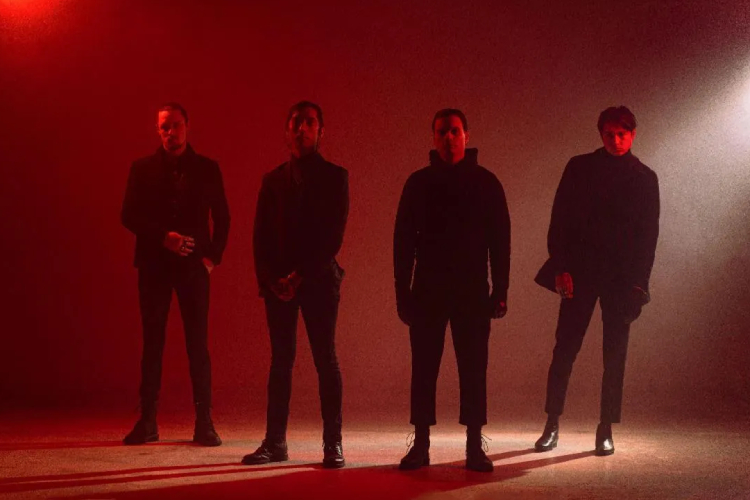 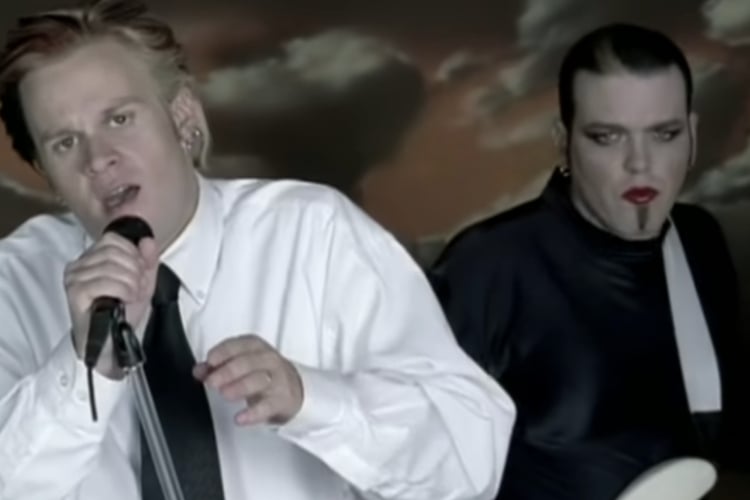 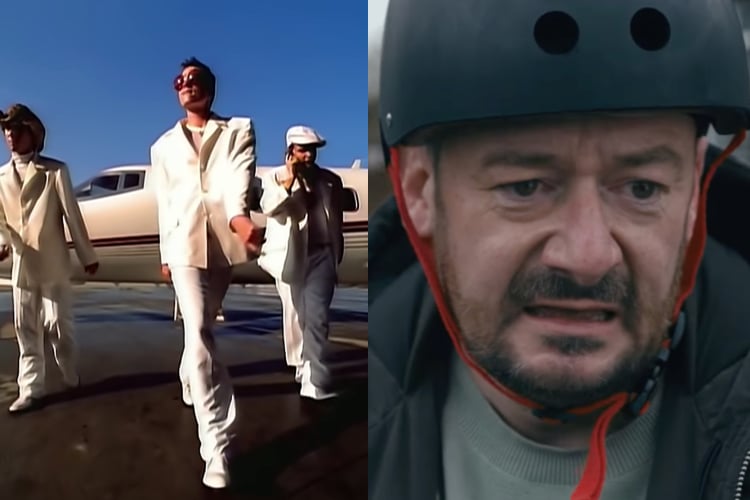 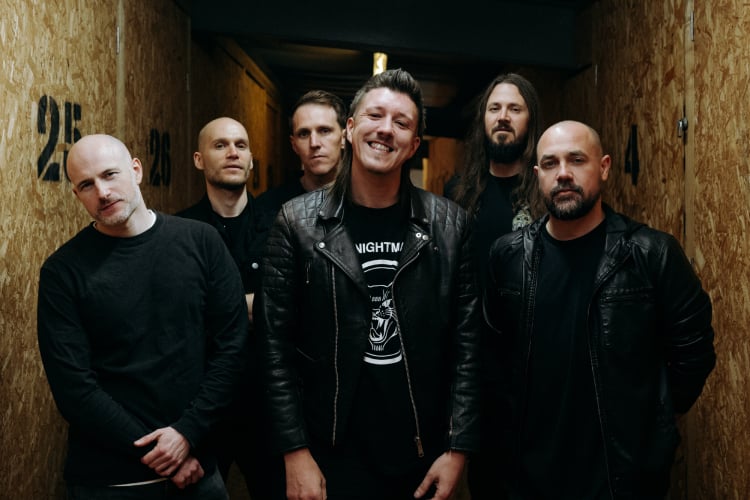